How to survive rotator cuff surgery 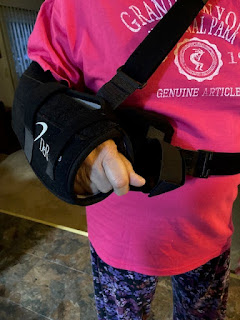 So, after months of sleepless nights in which I rolled around in pain in just about any position, I decided to see a doctor.  First of all, no doctor will schedule rotator cuff surgery right off the bat.  It’s a process. There will be an MRI, physical therapy, and maybe even cortisone shots. After those things have been exhausted, the S word is spoken.

At this point, you may begin asking around to see who has experienced this type of elective rotator cuff surgery.  Heads up…there will be many.  And they all say the same thing, “don’t do it.” Even so, however, all will still say that it worked, and they have a painless full range of movement.  So why the horror stories?  If they had the choice to do it again, would they?  Well, no.  Have I scared you yet?

So, what follows is my ongoing experience.  No doctor-ease explanations that are difficult to understand. So, here goes:

Prepare yourself.  I thought I was prepared.  I bought cute clothing that I thought would help with dressing while wearing a sling. Toss out both words, cute and sling.  I went home from the hospital with one arm through a sleeve and a plastic size XX hospital shirt draped over my other half.

The sling for rotator cuff surgery is in reality, a brace. It is a giant Velcro-laden torture device that would be at home in any medieval chamber of horrors.  It held one’s arm with an added bulky pillow or bolster that made movement impossible.  It had a belt that went around the waist and even had a little stress ball, although I think it was there to allow finger movement. Nothing, cute or otherwise would go over this brace. The Velcro is industrial strength and takes the strength of two men to adjust, move, or remove anything.

Lesson one, never send your husband on a hunt for something to wear in a situation like this. It is much better to be prepared in advance.  I thought he would go to the large women’s area in a local department store and peruse the discount racks for large tops.  Instead, he went to the men’s department where he felt most comfortable, and, brought back a t-shirt that with the addition of a couple poles would make a great pup tent. At least after a painful struggle to put the shirt on the Velcro was no longer rubbing my skin raw. It may have fallen below my knees and gathered a ton of excess fabric but at least it was on and a barrier against the unforgiving velcro.

Another thing that men just aren’t up for the task, is to comb hair that is not their own. This is especially true if they have waved goodbye to most personal head hair. As my husband raked a comb roughly through the knots, I relived the times as a child when my dad would be forced to comb my hair while I cried and complained. This time, however, the hair had to be combed and put up in a ponytail so that the strap on the brace didn’t constantly pull at it.  This was a major challenge. His first try was a lopsided pony with half the hair down.  Someone sent me a video of a dad using a vacuum cleaner to make a ponytail for his daughter, but I just couldn’t bring myself to suggest it to him.  On the fifth try, he managed a droopy, sloppy pony that did the job, although I looked pretty ridiculous.

Then, it came to my lower half. The brace and the pain make it very, very difficult to pull up one’s pants.  So be prepared with loose pull-on lounge pants and granny panties. Forget jeans.  Don’t believe me?  Try pulling up your pants with one hand and don’t use your dominant hand, I’ll wait.

At this point If you are like me, you didn’t sleep comfortably for months.  Get ready because you are not going to sleep any better now.  You must sleep with this cumbersome contraption you are locked into.  Recliners are nice and suggested, but to me, they are only good for a cat nap here and there.  And you will so ache to move around and sleep in a bed.  Some people, and you know who they are can sleep anywhere.  They sleep upright on planes and nod off at a desk. I can’t do it. So, since I have an adjustable bed, I raised it.  Sounded good until I realized I couldn’t get under the covers with the brace on. I tried sleeping on top of the comforter but kept slipping down.  A light coverlet is all that would work with the bed only slightly raised.

I slept very little, you see, I am a side sleeper and the only way you can sleep is on your back. Adjustments need to occur in the form of a sleeping pill that only semi work.

It’s been two weeks since the surgery and things have gotten a little better.  I can comb my own hair. I can put on my clothes with minimal pain.  I cannot raise my arm above my elbow. The doctor did allow me to remove the torture device, first the pillow, then the entire brace.  It still hurts when I move certain ways and I still don’t sleep well.

So, this is a list of things you should prepare for:

1.      Get some extra-large stretchy clothing, short sleeves, and preferably that button in the front.

2.      If you have long hair teach your husband in advance how to tie a ponytail

3.     Make some healthy dinners before the surgery and freeze them for when you can’t do anything but re-heat unless your husband is a four-star chef.  In my case, it isn't much better than eating beans out of a can.     Make sure you have some stretchy pull-on lounge pants and larger than your size undies, forget about a bra for a while.

5.     For going outside in the cold invest in a poncho, or cape that you can throw over everything. No, a puffy vest won’t work.  Just ask the new one hanging in my closet.

6.     Stock up on ibuprofen especially if you are like me and cannot take anything stronger.

I start physical therapy next week, hopefully, that will alleviate the pain and allow me to sleep comfortably. Stay tuned for updates.  If someone asks me would have rotator cuff surgery again? The answer would be No, but then again it depends upon whether I eventually get the full range of movement back with no pain.  Then the question becomes would you do it if your choice is to live with pain when you sleep forever, or much worse pain that eventually goes away? Then my answer is Yes, in a heartbeat.

Email ThisBlogThis!Share to TwitterShare to FacebookShare to Pinterest
Labels: How to, rotator cuff surgery, shoulder surgery

Welcome to my blog

To all who peruse this blog, please enjoy. My goal is to create a blog that links my art to my writing. So I have tried to add a relevant piece of art for each article. Of course I wouldn't be me if I didn't also publish some original, easy, and inexpensive craft projects to make and enjoy. Thanks to all who leave comments and follow, I am so glad you stopped by. 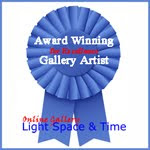 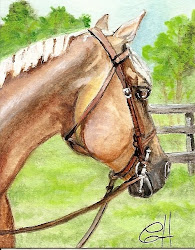 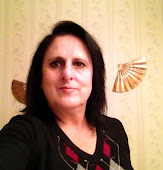